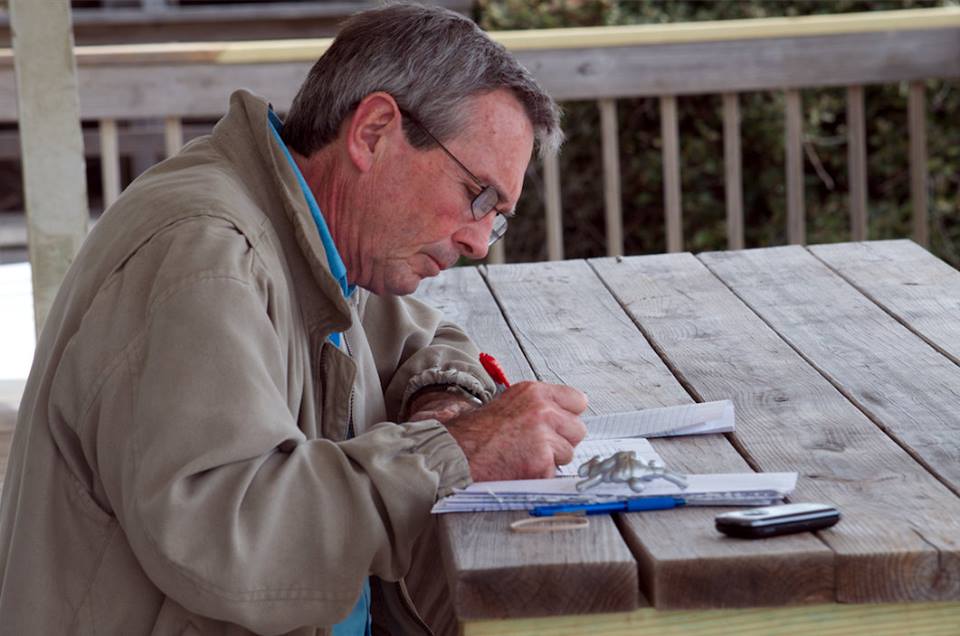 Those who want the bare bones of my life should see the brief bio at the end of this column. Those who want flesh and blood should turn to my books and my other writings. For a third alternative, I offer this introduction:

Age: Who wants to know?

Race: I only race these days when chasing grandchildren. Bad knees.

Income: Very little.  Too much “outgo.”

Level of education: I’m not finished yet.

Political party: I’ve never attended a political party. Are they fun? I do enjoy wedding parties, but only as a spectator.

Relations: As of this writing, I am sixty-three years old, a widower of ten years with four grown children, three of them married, and twelve living grandchildren. More grandchildren are undoubtedly drifting in from the never-never, so I am prepared to spend my old age dispensing sweet candies and sour advice.

Occupation: I write something almost daily, but teaching pays the bills. Here I am blessed to practice a profession that pays me to tell bad jokes to a captive audience, home-educated students whom I further torture with the iron maidens of Latin, history, and literature. Since the age of sixteen, I have also worked as a hospital operating room orderly, a Youth Corps worker, a soldier (of sorts), a house and apartment painter, a graduate assistant, a college teacher, a bookstore clerk on both coasts, a ladder runner (long story), a waiter, the “house father” in a sorority (Whoooo—Hoooo), the owner of a bed and breakfast, the owner of a bookstore, the owner of a homeschool book company, a teacher in prison, and a teacher in public school. (This list no doubt explains the incessant need for naps).

Faith: I am a covert to Roman Catholicism and a believer. I believe, for example, that God finds me annoying. Amusing sometimes, maybe, but definitely annoying.  I’m like the bad son who keeps asking for the keys to the car. I regard myself as one of Graham Greene’s stumble-down Catholics, always falling into sin and then getting up again. Unlike Greene’s characters, I try to keep my sense of humor while scraping off the mud. As for the rest of it, I entertain the hope that heaven has bookstores and bars, but find no mention of these in the Old Book. Actually, come to think of it, I am just hoping I am admitted to Heaven, even as an illegal immigrant. I need some voice lessons first, as celestial souls apparently spend a great deal of time singing. My own voice won’t get me past the gate. Ask my students.

My worst enemy: Myself. I am also my best friend. As the old saying goes, “the enemy of my enemy is my friend.” Since I myself am the enemy of my enemy, which is again myself, then that first enemy, myself, is the friend of myself. I hope I have made myself clear.

If I were president of the United States: I would first issue an executive order commanding naptime for the citizenry from noon until three, preceded by Mrs. Pierce’s chocolate chip cookies and a glass of milk.

Favorite drink from the bar: New Amsterdam Gin, which should be labeled “The Bachelor’s Companion.” Like the best of wives, it brings tremendous satisfaction, it never cheats you, and if you misbehave, you feel awful in the morning.

Favorite author: God. I know, I know. I should say I’m my favorite author, or pick someone like Tolstoy or Hemingway, but let’s face it, God is pretty stiff competition. And I don’t just mean the Bible. I mean, look around you.

Favorite aphorisms: I’m torn. When I feel grim or determined, I turn to a quote attributed to Hannibal: Inveniemus viam aut faciemus viam. “We must find a way or make a way.” The idea doesn’t always work, but it sounds good, and the Latin makes me appear more intelligent than I am. I also relish G.K. Chesterton’s “Angels can fly because they take themselves lightly.” The older I get, the lighter I take myself. I can’t fly yet, but I can drift, especially when talking to an insurance agent.